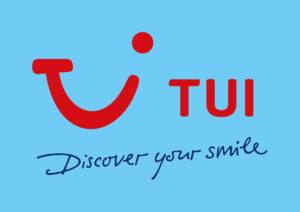 TUI Flights  held a clear lead in punctuality among the UK Charter airlines, ahead of the now defunct Monarch Airlines and Thomas Cook Airlines. TUI Flights also had the greatest number of flights operating within 15 minutes of the scheduled time of departure.

TUI Flights is part of TUI Travel PLC, the UK’s largest tour operator, which formed from the merger between First Choice Holidays PLC and the tourism division of TUI AG in September 2007. The Thomson Flights fleet was supplemented by the addition of more aircraft from the First Choice side of the merger, bringing the total number up to around 75 aeroplanes, which were all be re-branded in May 2009 to become Thomson Airways. Thomson Flights can trace its routes back to its original parent airline Britannia Airways, which was formed way back in 1962 by Ted Langton and which continued to operate under the Britannia brand until 2004. 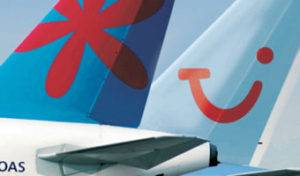 TUI Flights depart from airports throughout the UK including Bournemouth, Cardiff, Doncaster-Sheffield, East Midlands, London Gatwick, Luton, Manchester and Newcastle. The massive choice of flights from TUI Flights from over 20 UK airports, to 80+ destinations worldwide . TUI Flights was created in order accommodate the changing needs of modern travellers, incorporating flexibility, exciting new destinations and most importantly, low cost Thomson flights. Destinations included in the Thomson Flights portfolio stretch as far and wide as Spain, Bulgaria, Croatia, Egypt and Greece, along with long haul favourites the Dominican Republic, Mexico, Kenya and the Maldives. TUI Flights competes with low cost airlines such as easyjet and Ryanair to offer cheap flights around the world, but banks on its strong reputation as a tour operator to attract customers.

TUI Flights can compete to offer cheap flights and deals on a wide variety of destinations. Thomson Flights has a variety of in-flight services that more than adequately compete with other airlines, including meals, entertainment in the form of movies and music, and a selection of gifts that can be purchased on board the flights.

Get all the latest codes and discounts as soon as we post them
Manage Cookie Consent
We use cookies to optimise our website and our service.
Manage options Manage services Manage vendors Read more about these purposes
View preferences
{title} {title} {title}